PARADE OF SAMBA AND CARNIVAL RIO

One of the most extravagant shows that has given so much fame to the Rio Carnival is the Samba Parade of the Special Group. The choreographers and designers of each of the 12 schools prepare the scene of the show in search of the coveted title of champions, which brings so much joy and fortune to the champion school.

Street bands and samba parades provide a permanent diversion for the tide of people who come to the Carnival every year. The parades of samba are what they do to the essence of Carnival and where they are best seen is in the Sambadrome. For the people who witness the Carnival and for the millions who follow him on television, it is a great opportunity to get to know the authentic Brazilian culture. 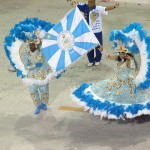 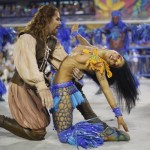 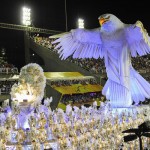 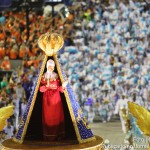 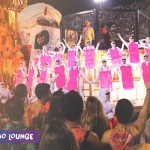 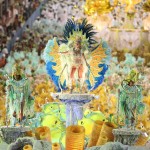 A chronometrical and demanding parade

Each school has a maximum of 75 minutes for presentation (1 hour and 15 minutes) and during that time, the judges give them scores ranging from 1 to 10 in each of the following ten categories:

1. Theme: It is the main theme or motive that each school chooses and on which its presentation should be based. Historically, the most famous entanglements or themes have alluded or paid tribute to famous Brazilian artists, to important celebrations for the city or have sought to highlight elements of cultural identity. Regarding the entanglement, what is important for the judges is that each part of the presentation corresponds or represents the chosen theme.

2. Music Theme: Of course, it goes without saying that the samba is the basic melody of the Carioca Carnival, but samba is not only music but also lyrics and it is a requirement that the samba composed for the presentation tell the story of the plot or entanglement. Judges score both melody and lyrics and it is not uncommon for sambas do enredo to become popular hits.

3. Drums: It is the percussion section of each school and consists of several instruments, in addition to the famous drums, including the peal, the caixa and the surdo, a Brazilian drum that many consider the heart of the drum.

4. Harmony: During the parade, the judges evaluate the rhythm and the song that the school keeps at all times, so it is very important that those who parade know the letter of the samba well and maintain a harmonious rhythm while moving through the sambadrome.

5. Evolution: It refers to the way the theme progresses or evolves during the parade. The judges seek liveliness and continuous energy during the entire presentation.

6. Tohetherness: Here the judges evaluate the overall impression they have of each school, which should function as a well-coordinated working group to show their subject.

7. Allegories and Floats: They are the allegorical cars with their corresponding adornments, which show the main elements of the entanglement or chosen theme. On the allegories there are usually several dancers and characters that are known as “highlights”. The name of the school is usually displayed on the front of the float and the established size, height, width and height limits must be met. Although here it may seem that what matters are the visual effects and the impressiveness of the decorations, what is really important for the jury is that they are original creations that are related or tell the story of the entanglement.

8. Costumes: They are the costumes worn by the members of each school, often enormous costumes with feathers and almost impossible headdresses. Fantasies must also correspond to the theme or entanglement and vary depending on the section or wing of the school. It is possible that people from outside the school can participate in the parade wearing one of their fantasies, whenever they request it with time and attend at least a few days of rehearsal.

9. Front Committee: The front committee is the group of people, usually 10 to 15, who opens the parade and who is in charge of presenting the subject, are somewhat like the first summary of the tangle and their uniformity and choreography must be perfect.